What do you get when you combine an iconic arcade game and NetEnt technology? Simple, the Street Fighter II: The World Warrior Slot. Part casino game, part martial arts adventure, this Canadian online slot is one for the gamers among you. 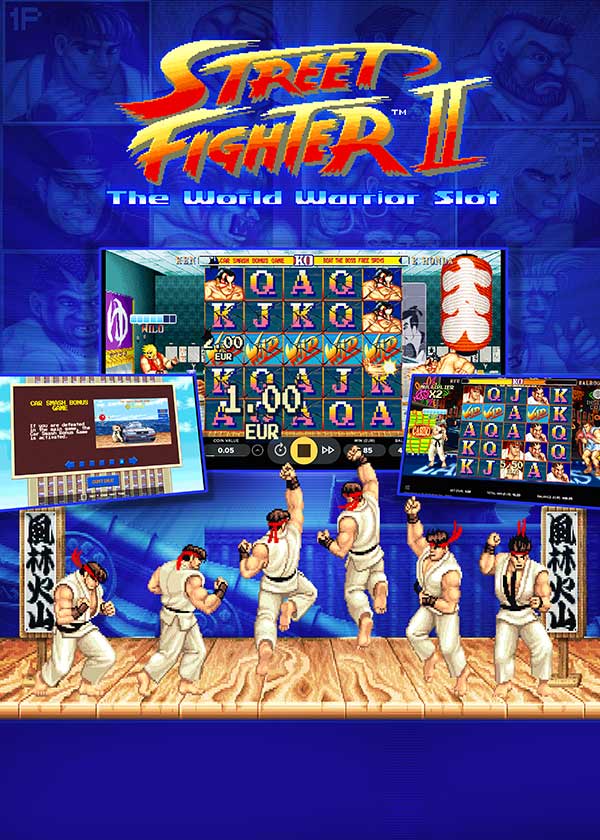 Fans of arcade games assemble. This Canadian video slot game is based on Street Fighter II. We’ve created a slot/martial arts mashup where spinning reels have been replaced by spinning kicks and falling blocks. Just like the arcade classic, you can choose your fighter and battle for cash prizes.

To play Street Fighter II: The World Warrior slots online, you need two things: cash and bravery. Anyone that enters this tournament needs to wager between $0.20 and $700 per spin.

Before you take aim at this slot’s five reels, you need to choose one of the following fighters:

Fighters will either trigger wins more often or bigger prizes. Once you’ve chosen your character, you hit the bet button and blocks will fall from the sky. If you match four or more symbols in a cluster, you win a prize. Winning combinations also trigger avalanches and the wild feature.

Street Fighter II: The World Warrior online slots are a tribute to the iconic arcade game. Therefore, the symbols reflect the battle you’re in. For example, if you’re playing as Blanka and fighting Dhalsim, the gameboard will be made up of card symbols and these two characters.

If you win the fight, you can trigger the Street Fighter II: The World Warrior slot free spins bonus. Know as Beat the Boss, this round sees you take on four bosses. When you defeat a boss, you move onto the next round where multipliers increase up to 10X.

If you lose the fight, you’ll trigger the Street Fighter II: The World Warrior slots Cash Smash Bonus. Using hotkeys, you have to break the car to win prizes worth between 5X and 15X your bet!

Are there any other issues you’d like to know about? Make sure to go through all of the information you’ll need about casino bonuses and recommended online casinos on this page!

Canadian online slot players will love Street Fighter II: The World Warrior because it’s a true mashup. The combination of traditional slot features and arcade options makes this unlike anything you’ll have seen before.