Jack and the Beanstalk™ Slot

Ascend the magic beanstalk in a quest to turn those magic beans into unfathomable riches! Read on to find out more about Jack and the Beanstalk slot, available to all Canadian casino gamers courtesy of NetEnt. 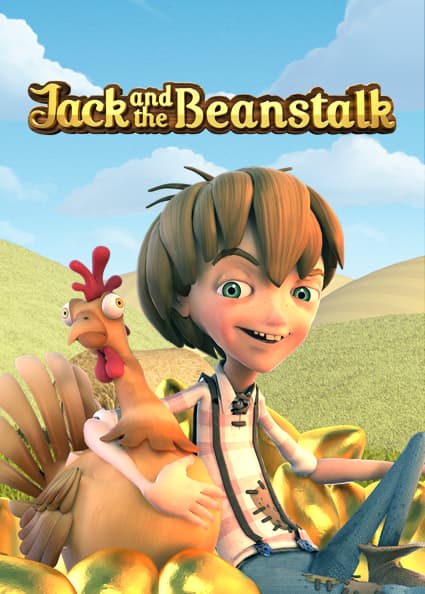 Focus on the Jack and the Beanstalk Slot

Take a whimsical trip to memory lane with this 5-reel, 20-payline slot that is based on the beloved tale of Jack and the Beanstalk. This slot features impressive graphics, an engrossing storyline, and maximum payouts worth 1000x your original stake, provided you manage to defeat the evil giant in order to reach his closely-guarded treasures. Read on to find out everything there is to know about the Jack and the Beanstalk slot game, produced exclusively by NetEnt.

Jack and the Beanstalk Betting Rules

Like all of NetEnt’s video slots, the betting rules of Jack and the Beanstalk allow you to be in full control of your game. Begin by setting your wagering level and coin value. The bet level ranges from 1  to 10, while the coin value ranges from 0.01 to 0.50. In practice, this means that your minimum stake can be as low as 20 cents while your maximum bet on a single spin can be as high as $100, depending on the casino you are playing with.

The maximum payout on Jack and the Beanstalk can be as impressive as 1000x your original wager, meaning that it is possible to win $100,000 on a single spin! This a high-volatility slot with an average RTP of 96.28%, making it ideal for high rollers who like to play for serious stakes.

Jack and the Beanstalk Gameplay

We’ve made the gameplay of Jack and the Beanstalk whimsical and high-octane, borrowing heavily from the classic fairy-tale of its namesake. Players step into the shoes of Jack himself, who, armed with magic beans, golden hens, and his trusty pet goat, must ascend the beanstalk to infiltrate the giant’s lair and take the glittering treasures that await.

As well as a number of themed icons, scatters and wilds can appear in order to activate the treasure chest bonus feature, which comes with the potential for some serious payouts.

Winning Symbols on Jack and the Beanstalk

There are a number of high-value symbols that can net you some big coin payouts on Jack and the Beanstalk. The lower paying symbols are represented by the playing cards which consist of tens, jacks, queens, kings, and aces. Higher paying symbols include the ax, the goat, the beanstalk, the watering can, and plucky Jack himself. Wilds are represented by the game’s logo and can unlock further wilds in succession, which we will go into below.

Jack and the Beanstalk Slot Bonuses and Free Spins

Here at NetEnt, we love a good casino bonus, so it should come as no surprise that Jack and the Beanstalk is chock-full of them. All bonuses and free spins begin and end with the wild symbol. When you hit a Jack and the Beanstalk wild, you are awarded a re-spin. When re-spins are activated, the wild symbol moves left across the reels. If other wilds appear during re-spins, then your payout is multiplied.

Our Jack and the Beanstalk Slot Tips

With Jack and the Beanstalk, stacking up those wilds is everything. Pay close attention to your wilds and remember that you can take advantage of them even during free spins.