Take a walk on the wild side in Wilderland and enjoy an enchanted forest packed with winning opportunities! 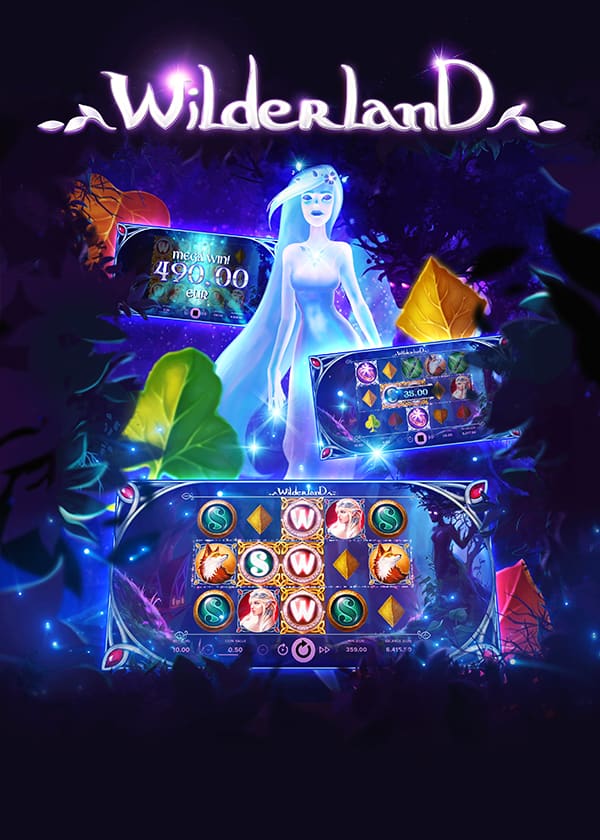 Featuring NetEnt’s fabled 243 Ways to Win technology, every single spin of the reels in Wilderland has the potential to be a winner.

You will wind your way through the forest, bumping into wild animals and mysterious elven princesses. But there’s nothing creepy about this woodland, with plenty of chances to win free spins and monetary prizes courtesy of the special ‘Activation Zone’.

Wilderland is a low volatility game, which means that players typically win more regularly than they would on more volatile video slots. In addition, the RTP is 96.16%, which reveals that the game is fairly standard in its return to players.

Wilderland features a traditional gameboard of five reels across three rows, with 15 paylines fixed in place.

The gameplay in Wilderland is very traditional as far as the standard game is concerned, although the action soon takes an exciting twist when you can land one of the feature symbols.

The basic wins of Wilderland are earned by spinning three or more of the same symbol on a payline, with the princess herself the top paying symbol closely followed by the mischievous fox and the bow and arrow.

The middle reels are highlighted – this is the Activation Zone, and this can play host to the game’s most eye-catching prizes.

There are numerous symbols linked to the forest theme in Wilderland, and these pay on an ascending scale when you match three, four or five on your paylines.

The magic of this enchanted woodland comes in the form of the scatter symbol, and if you can land three of these on your reels you will trigger that potentially-lucrative free spins bonus.

At the heart of the action is the Activation Zone, and ideally you’re looking to land two or more wilds side-by-side in the highlighted area. These become ‘walking wilds’, which shift to the left on your next spin, and when combined with free spins the possibilities are very exciting indeed.

Land a set of free spins by revealing three or more scatters and the Activation Zone expands across your reels. It stays that way while a walking wild is present on screen.

The object of Wilderland is to land three or more matching symbols on one of your 15 paylines – a quest aided by the inclusion of the 243 Ways to Win feature.
Like many of the slots here at NetEnt, you can try Wilderland for free courtesy of its demo mode.

Jack and the Beanstalk