Experience the gladiatorial theatre of our Victorious slot – a five-reel, 243-payline high variance game inspired by the Roman Empire. There are plenty of opportunities to win big here, not least in the Free Spins feature, which gives you a chance to have any winning paylines multiplied to boost the bankroll. 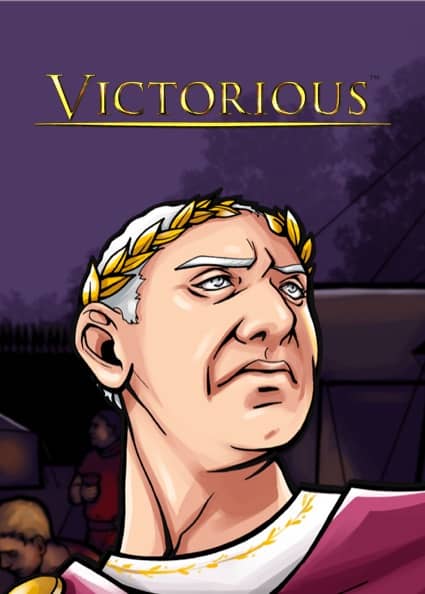 If you take the plunge with our Victorious slot you’ll have the potential to emerge with jackpots worth up to 1,500x your initial wager. This is achieved by landing five of the Julius Caesar symbols on the same payline. Combine four-figure jackpots with dozens of free games, it’s easy to see why this classic game remains a firm favourite with our slot fans.

The betting limits in the Victorious slot cater for newcomers to slot gaming, as well as more seasoned high-rollers. A minimum bet of $0.25 per spin should suit those with modest bankrolls, while maximum bets of $125 should also keep things interesting for those playing for much bigger payouts.

With the might of the Roman army either side of the reels, you can quickly set up your gameplay in Victorious by toggling the green buttons at the bottom of the screen. You can alter the size of your coin values and the level you wish to play. The autoplay functionality allows you to play as many as 1,000 spins at the lowest level one.

As the reels spin in Victorious, you’ll see plenty of symbols scrolling across the screen, with the clang of metal swords and shields in the background. The low-value base game symbols are the six playing card symbols ranging from nine through to Ace. These are easy to spot as they are etched onto squares of marble.

The more lucrative base game symbols are the different characters from the Roman army, ranging from centurions and soldiers through to the emperor – Julius Caesar himself. A standard golden wild is also active, which can substitute any of the above symbols to improve winning paylines, while the wreath scatter is your golden ticket to the Free Games feature.

The Free Games mode is the main bonus game in Victorious. Land at least three wreath scatters anywhere on the reels to get started with 15 free games. Find four or five scatters to get 20 or the maximum 25 free games respectively.

The return to player (RTP) percentage of the Victorious slot is 96.90% for all players.
The core theme of the Victorious slot is the history of the Roman Empire. The Roman army and their leader, Julius Caesar, is the main feature here. Julius himself is the main protagonist on the reels, acting as the most lucrative of all available base game symbols.
If you are new to NetEnt slot games, you will be pleased to read that all our video slots are fully responsive and compatible with all smartphone and tablet devices. The Victorious slot can be played irrespective of screen size and you will still get the same experience.